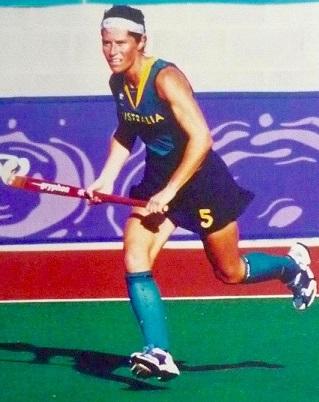 During our many trips away playing hockey, I always enjoyed reading between training sessions and found it to be a fantastic way to wind down and relax.

After retiring from elite sport, we had two boys, Jed and Mitchell, and when they were growing up, we used to read together at bed time; it was a special time together. Now they are teenagers, they still love to read and like me, it’s tough to pull them away from a great book!

I am very honoured to be an Ambassador for this program because when you start reading at a young age, it becomes a love for life!

My worst injury
I broke my nose 3 times

My favourite colours
Blue and green

My favourite possession
My kids!

The most important things in life
Are free

My Ambassador Reading Tip
Reading is an adventure, enjoy the ride.

Some more information about Juliet

Congratulations to Juliet who was inducted into the South Australian Sport Hall of Fame.

I was fortunate to be able to be a member of the Australian Women’s Hockey team for 12 years. This was a very successful era for the Hockeyroos and in this time we won 2 Olympic gold medals, 2 World Cups, 5 Champions Trophies and the Commonwealth Games. 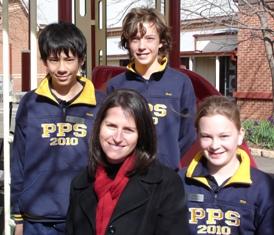 With students from Parkside Primary School.

Have a question about the Challenge?

Please email our Premier’s Reading Challenge mailbox or call for assistance. We look forward to hearing from you.